To help you realize your business intentions through the unwavering attention to your occupational safety, security and emergency response team needs while providing a balance between production and safety.

HSS is a solid consultancy firm focused purely on the requirements and goals of our clients. Our philosophy is based on a simple set of principles:

Our strength lies within the expertise of our personnel. We employ highly-educated and skilled individuals to provide our clients with the utmost attention, devotion, and dedication.

Quality of service is the foundation of our practice. We place our name and reputation on every project.

We keep our clients fully informed at all times with current and accurate information so that they comprehend all aspects of cost associated with solutions before we solidify any commitment. It is our promise that there will not be hidden cost or inflated consulting charges.

We meet or exceed each of our goals and promises; otherwise, we do not make them. We do not take lightly our commitments. Adhering to our statements and promises is not a point to be pondered at Health and Safety Sciences; it is an automatic reaction.

To provide a portal to world class safety, security and emergency response team professionals – always keeping a balance between production and safety. 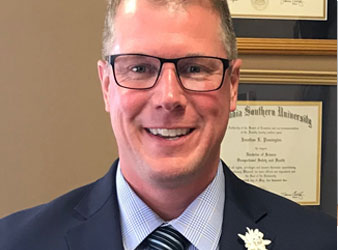 JP Pennington began his safety career in 1992 and is the founder and CEO of Health and Safety Sciences, LLC. JP is a Board Certified Safety Professional, Registered Professional Industrial Hygienist and a retired 25-year veteran of the fire service. 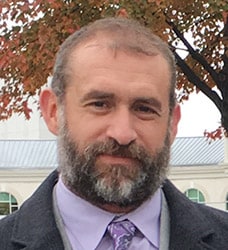 Aaron Jarrell began in the industry as owner and operator of an Industrial Fire Protection company and a career Fire Fighter. Aaron is a Managing Partner, Chief Operating Officer and Vice President of Health and Safety Sciences with…
More about Aaron

Aaron left his Professional Fire Fighting career after 23 years of service. As a Fire Battalion Chief, he was tasked with overseeing the safety and risk management of fire fighters while on fire ground or emergency operations as well as the training of the fire fighters to maintain their safety and awareness. It is this experience that he brings to the Industrial Fire Safety sector giving him insight into a full spectrum of industrial safety and management situations. 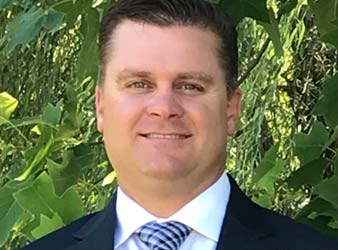 Health and Safety Professional
A hands-on professional with eight year’s experience in the areas of Occupational Safety and Health, Risk Management and Safety Training.

Fire Battalion Chief
Track record of strengthening firefighting and rescue operations and success in providing the community of Louisville, KY with 23 Years of Excellent Public Service. 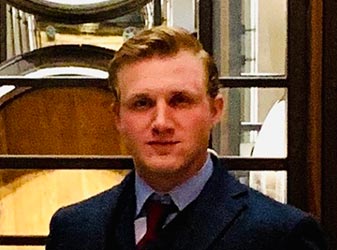 
Jacob is a professional firefighter with a metropolitan fire department. He is a member of the department’s special operation group – high-angle rope, SCUBA & swiftwater unit. Jacob completed an Associates of Applied Science… More about Jacob

Jacob is a professional firefighter with a metropolitan fire department. He is a member of the department’s special operation group – high-angle rope, SCUBA & swiftwater unit. Jacob completed an Associates of Applied Science with diploma of Fire Chief at KCTCS Ashland and attended Ohio University majoring in criminal justice. He has been with Health and Safety Sciences since 2010 providing safety, security and emergency response team services. 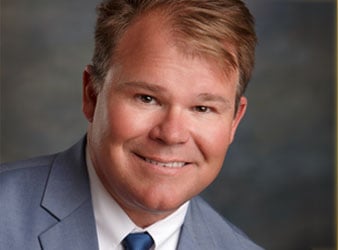 Donny is a Certified Professional Geologist through the American Institute of Professional Geologists, and serves as the Regional Manager of the Ashland office. He has been employed in the environmental field since 1994 and the safety field since 1997. Donny holds a Bachelors of Science (BS) from the University of Kentucky (1993) in Geology and a Masters of Liberal Arts (ALM) from Harvard University (2018) in Environmental Management and Sustainability. He currently manages a very diverse client portfolio that includes the oil and gas, power generation, barging and transportation, crane, and construction industries. Along with safety and environmental services, Donny also provides Operator Qualification (OQ) as a certified evaluator through Veriforce. He is an Army veteran, family man, and an avid outdoorsman. 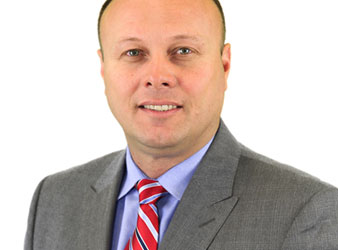 Shane is the Regional Manager of HSS Charlotte office. He also serves the Mooresville Fire-Rescue Department as the Deputy Fire Chief. He is currently an adjunct faculty member for Eastern Kentucky University’s Safety, Security and Emergency…
More about Shane

Shane is the Regional Manager of HSS Charlotte office. He also serves the Mooresville Fire-Rescue Department as the Deputy Fire Chief. He is currently an adjunct faculty member for Eastern Kentucky University’s Safety, Security and Emergency Management programs as well as an instructor with the OSHA Training Institute. Shane is an OSHA Authorized Outreach Instructor for both construction and general industry.

Prior to his employment with the Town of Mooresville he was employed with Eastern Kentucky University’s Fire and Safety Engineering Technology program for 8 years. He served the role of Assistant Professor as well as the On-Campus and On-line Program Coordinator. He has served with Cherryville Fire Department and Crowders Mountain Fire Rescue in the past. 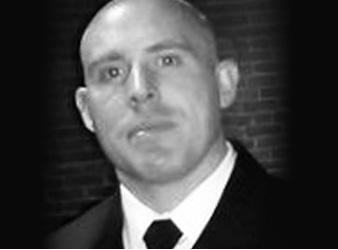 Mike serves as the Owensboro, KY Regional Safety Manager. He has been involved in the Health and Safety field since 2004. Mike holds a Bachelor of Science in Fire and Safety Engineering Technology and Master of Science… More about Michael

Mike serves as the Owensboro, Kentucky Regional Safety Manager. He has been involved in the Health and Safety field since 2004. Mike holds a Bachelor of Science in Fire and Safety Engineering Technology and Master of Science in Safety, Security, and Emergency Management from Eastern Kentucky University. Mike’s broad experience in the safety field spans everything from performing confined space rescues to developing and teaching safety programs and performing safety audits.

Mike is a devoted Sergeant with Louisville, KY, Division of Fire and Rescue. He brings 15 years of fire service technical rescue experience to the table and applies this hands-on background expertise to improving the safety culture in the private industry.

“Serving the community as a firefighter and working as a safety professional has allowed me the fortunate opportunity to promote and improve safety in both the public and private sectors. The most gratifying and humbling aspect of this service is meeting new people and assisting them in resolving their safety concerns no matter how small.” 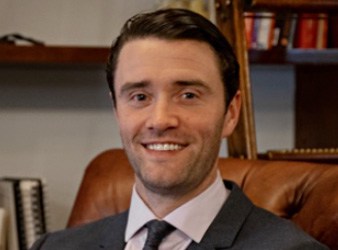 Joe Malone is Health and Safety Science’s, Chicago Regional Manager. While serving over twelve years in the Marines, most notably under the Marine Special Operations Command, 2nd Marine Raider Battalion…
More about Joseph

Joe Malone is Health and Safety Science’s, Chicago Regional Manager. While serving over twelve years in the Marines, most notably under the Marine Special Operations Command, 2nd Marine Raider Battalion, Joe was deployed seven times in support of Humanitarian Aid, and Combat Operations throughout the Middle East and Western, and East Asia. During his tenure with the Marines he served on several Multi-Agency and Multi-National Joint Task Forces; under which he was awarded due to actions in combat.

He received his Bachelor’s Degree in Homeland Security and Emergency Management with an emphasis on the effects of religious prejudice and domestic terrorism. He is a certified Emergency Medical Technician with pre-hospital trauma experience, and highly trained in Tactical Combat Casualty Care (TCCC). He is a certified NRA firearms instructor, and Illinois Conceal Carry Weapons instructor. He has been qualified as a NAUI certified Rescue Diver, and is an official member of the United States Parachute Association (USPA). Joe has also been trained in Survival, Evasion, Resistance, and Escape (SERE) practices at the US Government’s highest levels of proficiency, and is an expert at Risk Mitigation, Weapons Handling, Surveillance, Operational Planning and is proficient with Intelligence Analysis.

Currently Joe is continuing his education by preparing to undergo the ASIS Certified Protection Professional (CPP) examination. He is also working on new, progressive methods to increase safety and survival in an Active Shooter situation; detailing highly simple yet highly effective courses of action derived from his experiences with insider threats overseas.

He has conducted multiple speaking engagements ranging from Active Shooter Response to Community Outreach and has worked closely with the International Crimes Against Children Task Force (ICAC) in assisting law enforcement officers with intelligence and investigative analysis.

For more information about Active Shooter Consultations, or any information at all please feel free to contact Joe at any time.

Scott is the area manager of the Cincinnati Health and Safety Sciences office. Scott has been with Health and Safety Sciences as part of our rescue teams since 2010 and has recently moved into the management role. Scott comes to the management team with well over 25 years of management. Firstly, as a squad leader of a U. S. Army Infantry squad and most recently, the last 20 years, as a Shift Supervisor for the City of Monroe Fire Department. Scott holds a degree in Fire and Emergency Medical Services Leadership and continues his educational endeavors at Columbia Southern University in Public Administration. Scott maintains his roles and responsibilities on the Butler County Technical Rescue Team and MFD Swiftwater Rescue Team. Scott is certified in All Hazards Incident Management with advanced Incident Command training sponsored by the Federal Emergency Management Agency (FEMA). 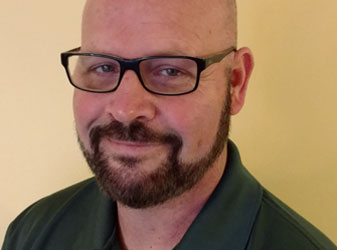 Jeremy is the Business Development Manager for the Ohio, Indiana, Northern and Central Kentucky markets. Having spent years in safety, operations and human resource departments with other companies…
More about Jeremy

Jeremy is the Business Development Manager for the Ohio, Indiana, Northern and Central Kentucky markets. Having spent years in safety, operations and human resource departments with other companies, Jeremy thoroughly understands the obstacles our clients face when it comes to making decisions about the importance of safety in the workplace. Jeremy holds a degree in Environmental Engineering Technology from Cincinnati State and resides in Cincinnati, OH with his wife, Beth, and daughter, Rian.

Health & Safety Sciences, LLC is committed to leading the safety, security and emergency response team consultancy industry in minimizing the impact of its activities on the environment. It is the belief of HSS team members that environmentally friendly actions are the responsibility of every company doing business in the world today. It is our belief that the environment can only be preserved for future generations by good stewardship of Earth’s resources by companies and citizens alike. We are committed to being a part of this team effort.

The key points of HSS strategy to achieve this are:

Our competent, responsible staff are available by phone Monday through Friday 8am-5pm EST.

Available by Retainer or by Project Basis

HSS is available for consultation, design, implementation, and evaluation of results for all aspects of your company’s health and safety goals. We can help you with all your health and safety needs via an annual retainer fee or you can have pricing based on a project basis. Turnaround Safety Services for Plants are priced by geographical location.

Our consultants use academic and scientific principles to develop custom solutions for your health and safety needs.

FIND A LOCATION NEAR YOU
Page load link